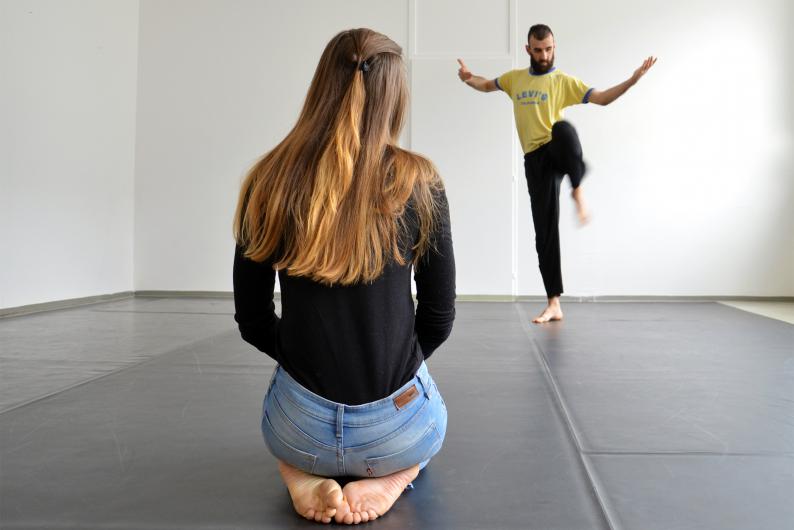 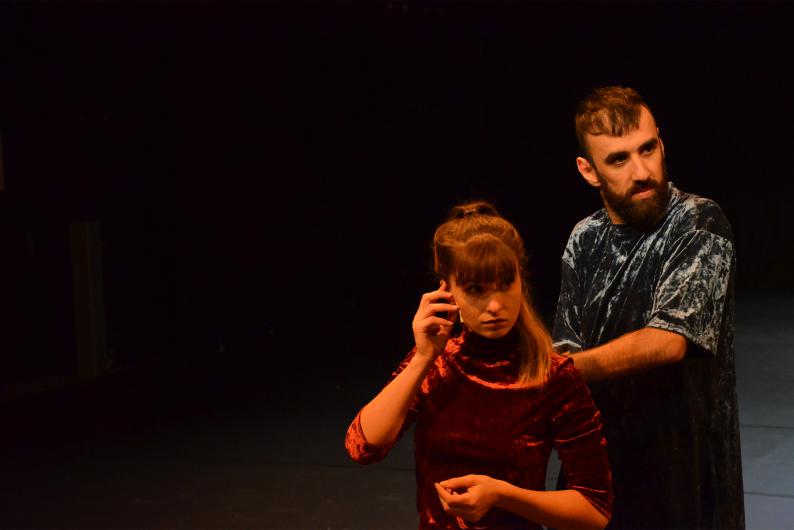 The duet S/M (Stage/Made) by Claire Lefèvre and Evandro Pedroniis a choreographic game of improvisation, in which the emergence of a dance performance is negotiated live and in the moment. Each night, the spectators are presented a work progress revealing sensitive mutual power, hierarchy and care relationships between the dancer and the choreographer.

S/M (Stage/Made) is based on research on improvisational techniques and decision-making processes in choreography and performance. Claire Lefèvre and Evandro Pedroni use authority and hierarchy as creative tools to visualise the negotiation processes of artistic work. Following their joint play with improvisation, authority and hierarchy for a while, one no longer knows who it is that pulls the choreographic strings of this operation.

The French choreographer-performer Claire Lefèvre and the Brazilian dancer-performer Evando Pedroni both live in Vienna and have worked together since their shared training at SEAD (Salzburg Academy of Dance). For S/M (Stage/Made), they collaborate with light designer Hannes Ruschbaschan. Both have had some showings in Vienna, including at brut and at Tanzquartier. Claire Lefèvre has shown her own pieces at international festivals, and Evandro Pedroni has also performed in pieces by Oleg Soulimenko, Martin Nachbar, Akemi Takeya and others. www.clairelefevre.com

A co-production by Claire Lefèvre and Evandro Pedroni and imagetanz/brut Wien. With the kind support of the City of Vienna’s Department of Cultural Affairs, Huggy Bears, Im_flieger, WUK Performing Arts, Tanzzentrale Nuremberg. Thanks to Matan Levkowich, Philippe Riera, Ivan Jakaric.