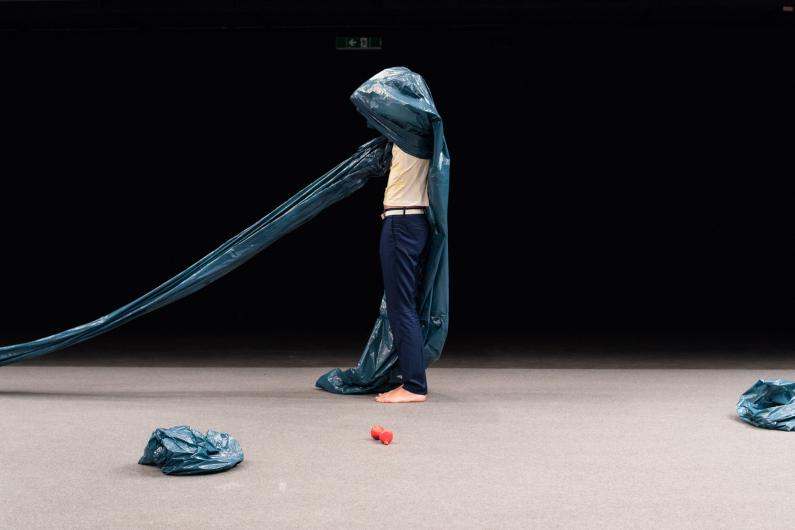 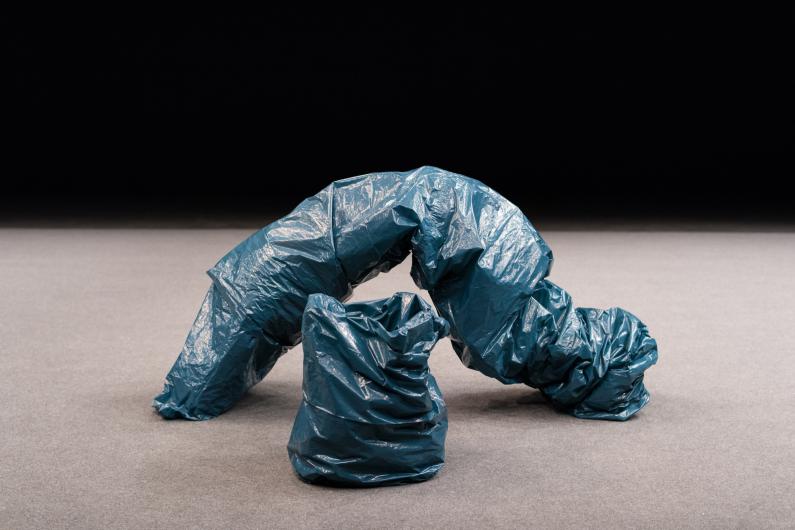 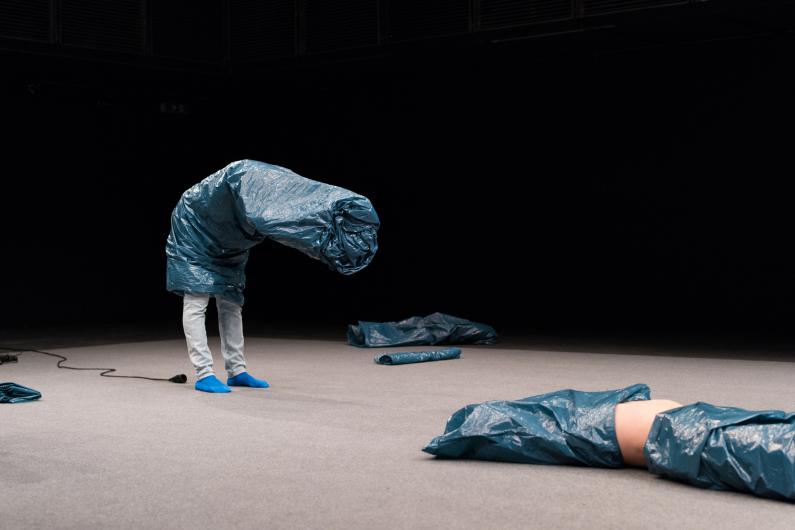 In his new piece, Vienna-based choreographer-performance artist Oleg Soulimenko joins forces with visual artist Alfredo Barsuglia and dancer Jasmin Hoffer to explore the topic of instability and loss of security. LOSS is about value shifts and the unpredictability of what we believe is real. How does our perception change when the surreal pulls the rug out from under our feet?

For their piece LOSS, Soulimenko, Barsuglia and Hoffer build an uncannily unknown sculpture landscape, where they topple ostensible truths, dissolving the limits between what is organic and what is immaterial. Thus, acoustics suddenly become visible while air turns into matter and light manifests itself.

Oleg Soulimenko is a Russian-born choreographer and performance artist, who lives and works in Vienna. In 1990, he founded the Saira Blanche Theatre that went on to tour the world with its provocative performances. Soulimenko’s pieces have been presented, among other venues, at brut, the Wiener Festwochen, the Vienna Dance Festival, the Impulse theatre festival and Kaaitheater. Alfredo Barsuglia is a visual artist, who also lives and works in Vienna. His pieces have been presented, among other venues, at the Vienna Museum of Modern Art, the Mak Center in L.A. and the CAFA Art Museum in Beijing. Dancer-performer Jasmin Hoffer from Vienna regularly performs and teaches in Austria, Germany, the United Kingdom, Palestine, the United States and Russia.

A co-production by Vienna Magic/Oleg Soulimenko and brut Wien. With the kind support of the City of Vienna’s Department of Cultural Affairs and in collaboration with the residency programme of PACT Zollverein and ttp WUK.