Charlotta Ruth and Dominik Grünbühel live and sometimes work together. This video was conceived in a period where children, disease and online performance blurred with their artistic practice.
New Art on ... line

Dominik Grünbühel works with performance, music and video, often as a duo with Luke Baio lukeanddom.org

In October Living Documents I-V, five looped live installations will be performed at different locations in the 15th district. 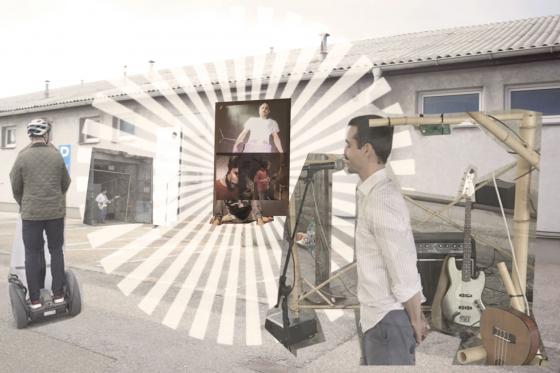 Due to the decrees issued by the Austrian federal Government in order to gain control over the pandemic in March, "Living Documents I - V" could not be performed during imagetanz. Georg Eckmayr had been asked by Dominik Grünbühel and Charlotta Ruth to document the 5 looped choreographic installations. He did it anyway and the result is his film False Memory Syndrome.