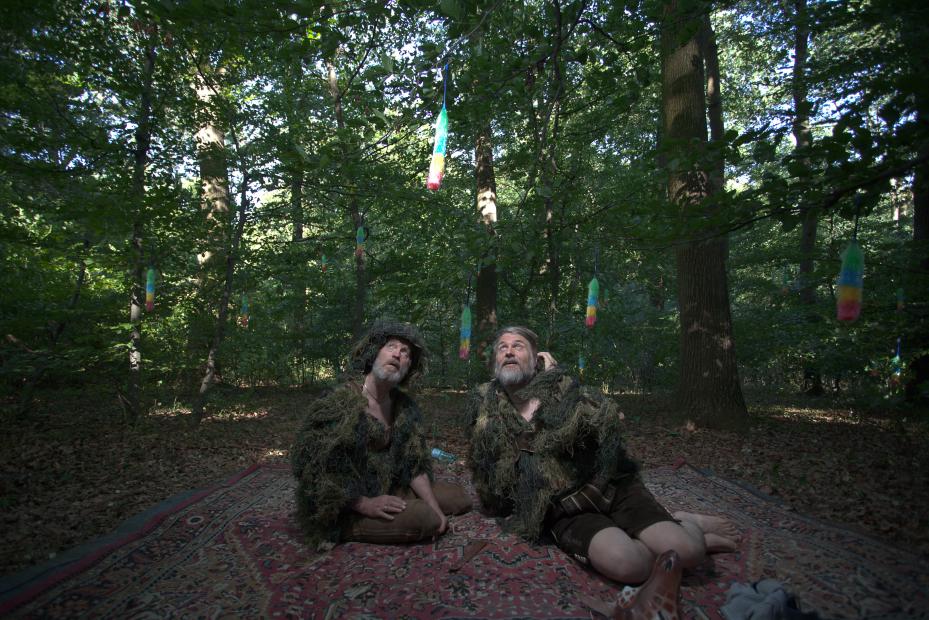 united sorry in Green Conversations (Up to Nature Festival 2012)

Frans Poelstra and Robert Steijn work together under the moniker united sorry. As united sorry they create performances for the stage, museums and galleries, as well as rituals in public space. In their work they combine dance, theatre and music with performance art and see themselves in the most naive and childlike way as conceptual artists.
Together they developed performances such as a.o. Frans Poelstra, his dramaturge and Bach, feminine delight and lost in space. Some of their performative acts are: Hosting Matt Mullican, Holy Shit, united sorry @ egon schiele, s-s-s-sink in (the work of Beatriz Milhazes), Propaganda, a performance developed for the Hungarian performance group The Symptoms, and The Beat Goes On, which has premiered at brut Konzerthaus in May 2011. In 2012 they have started their one-year-project Green Conversations.