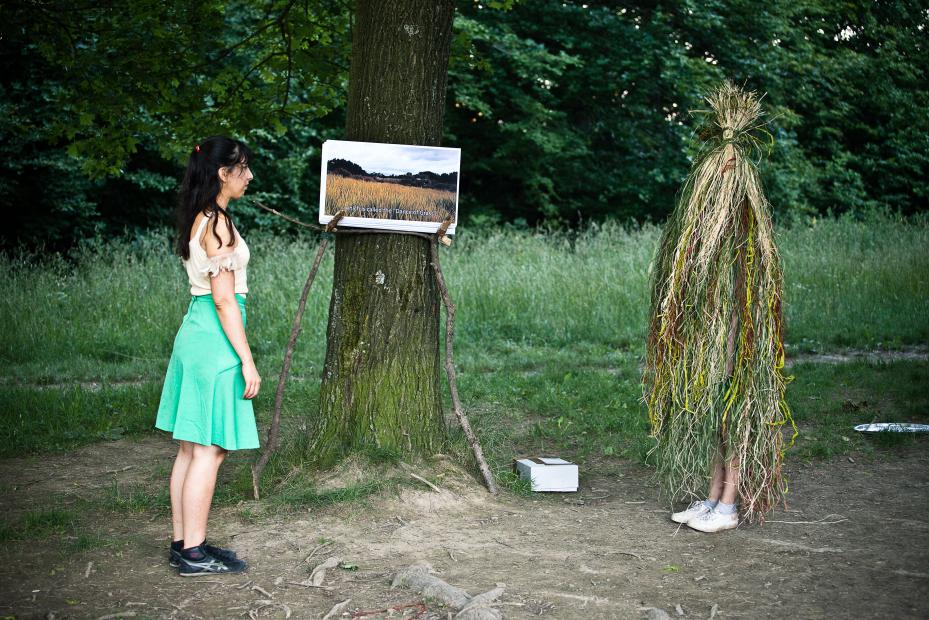 nadaproductions in NATURE (Up to Nature Festival 2012)

The choreographer Amanda Piña and the visual artist Daniel Zimmermann work together since 2005 in Vienna under the label nadaproductions. Their trans-disciplinary work is centred on the dimensions of reception and perception through the involvement of audiences in new performance concepts. Their artistic practice comprises various flexible trans-medial formats that are suitable for different contexts and that enable the participation of the most different people of the civil society. Their works tackle socio-political and bio-political issues and raise the question of their consequences on the bodies of individuals. They gained international recognition with their piece WAR – Ein Kriegstanz (2013), dealing with the changing function of traditional dances and with the representation of violence in the media. Since 2015 they work on their long-term project Endangered Human Movements dedicated to dances and practices that are already vanished or threaten with extinction. They have realized two productions in the scope of this project: Four remarks on the history of dance (2014) and Dance & Resistance (2016).

In 2009 they founded the Federal Ministry of Movement Affairs, a structure being at the interface of   (fictitious) institution and performance and using the potential of the perception and movement of the body to enhance consciousness. In the same year they opened the off-space performance space nadaLokal in the 15th district of Vienna.