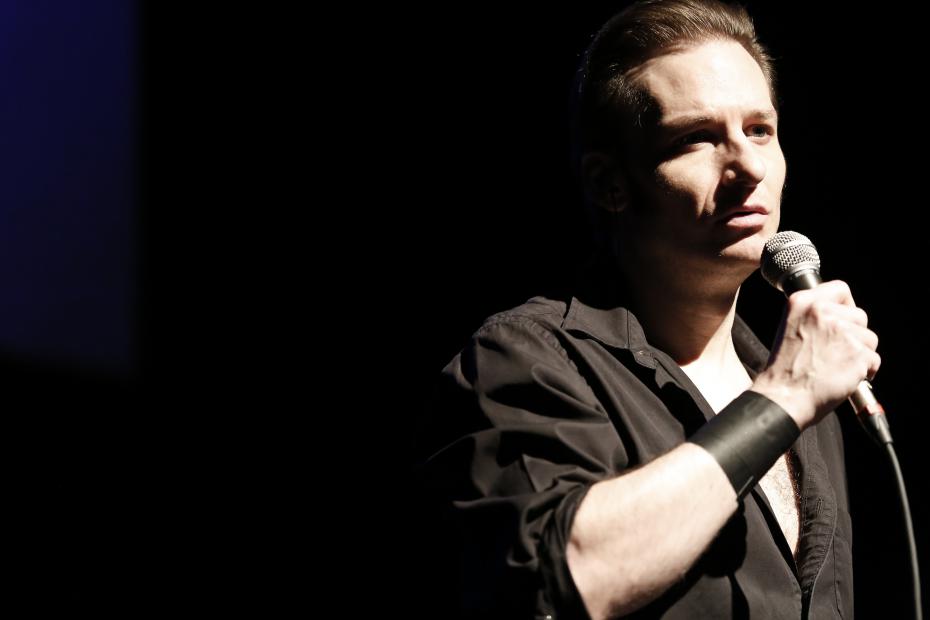 Zachary Oberzan is a founding member of the theater collective Nature Theater of Oklahoma, based in New York City. With Nature Theater, he collaborated and performed in numerous productions, including Poetics: a ballet brut, the Obie-winning No Dice, and the one-man show Rambo Solo.

His feature film Flooding with Love for The Kid (an adaptation of the novel First Blood, which introduced the world to the character of Rambo) is a one-man cinematic war shot and edited in its entirety by Zachary (portraying all 26 roles) in his 220 square foot apartment in Manhattan, made for $96. Created in 2007 and never intended for public viewing, it continues to screen internationally in cinemas, theaters, art institutes and film festivals. Your brother. Remember?, a theater/film hybrid, premiered in May 2010 at Kunstenfestivaldesarts in Brussels, and has to date been performed in over forty cities world wide. A stand-alone film version of Your brother. Remember? had its cinematic premiere in New York City in 2012.

Tell Me Love Is Real, a theater/film/musical hybrid, premiered in October 2013 at deSingel Antwerp and is currently touring internationally, with a cinematic premiere in May 2016 in Copenhagen.  His most recent work, The Great Pretender, blends Iranian new wave cinema, live theater, and live reconstructions of Elvis concerts. It premiered in December 2015 at deSingel Antwerp, and is touring internationally.  Oberzan has performed with avant-garde theater pioneers The Wooster Group and Richard Foreman, and has released two albums of original songs, including Athletes of Romance.