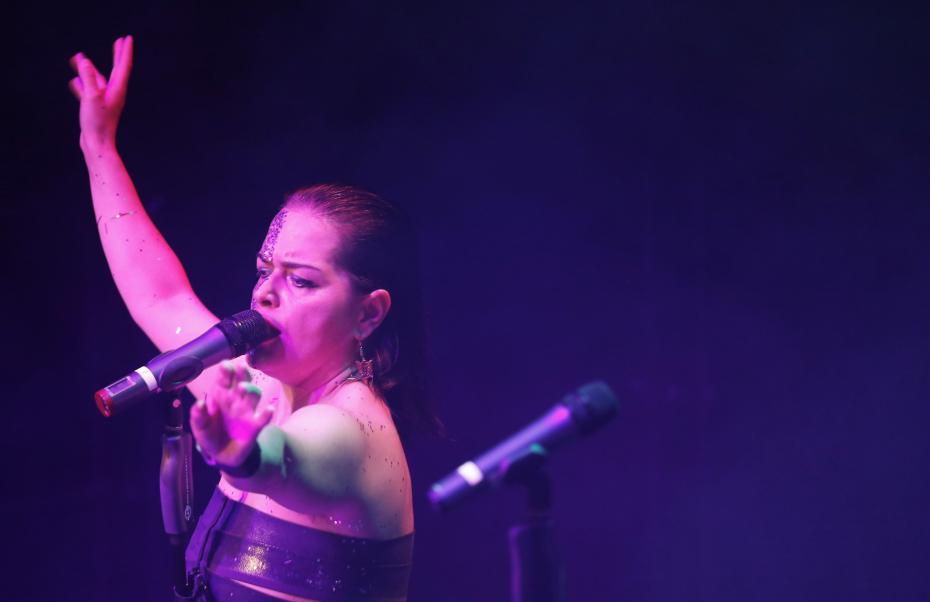 Sabine Marte in Orlanding the Dominant

Sabine Marte was born in 1967 in Feldkirch. She writes, performs, makes music and develops experimental video art for theatre spaces, black boxes, whitecubes, music clubs or living rooms. In addition to collaborative projects with VolxtheaterKarawane, Gin Müller and Jan Machacek she is a member of several band projects such as SV DAMENKRAFT (2003-2008) and PENDLER (since 2006). At the CLUB BURLESQUE BRUTAL she performed from the beginning as Madame Cameltoe. Sabine Marte has received numerous prizes and scholarships, including the State Scholarship for Video and Media Art 2009 and the Diagonale Prize for Innovative Cinema 2010. Working with and on language is the starting point for her video/sound pieces and performances.