brut is pleased that the Wiener Festwochen with their contemporary and international programme will be guests in our new venue brut nordwest in 2021. 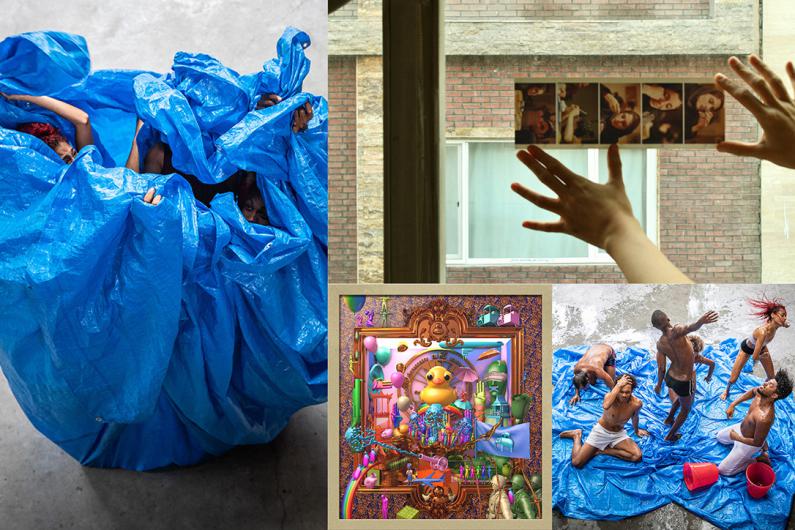 When it started in the 1950s, the Wiener Festwochen laid several important foundations for creating a new image for Vienna, both nationally and internationally. After Vienna and Austria had been isolated by Austro-fascism and Nazism, it was necessary to reconnect with the world, to integrate the city and the country into the international discourse of art and culture, to promote life, openness, and the idea of a future. Throughout its subsequent history, the Wiener Festwochen have always taken on cultural and socio-political challenges.

The Wiener Festwochen today are positioned as a multidisciplinary art festival in the city. Among Vienna's cultural offerings, the point is to present and allow things not yet seen and not yet heard, and to work as a content engine linking genres, thoughts, and ideas. The task of the Wiener Festwochen will therefore be to create frameworks for new alliances, rather than to build new borders and fences of art.

The Wiener Festwochen are combining theatre, performance, dance, music, fine arts, installation, discourse, participation, workshops, and new art forms that cannot yet be categorised. It is a space for multidisciplinary creation that is visionary while being aware of the history, that is international while anchored in the city, that opens fruitful dialogues between well established artists and emerging figures–and between the audiences.

The Festival commissions, initiates and accompanies artistic visions that are engaged with this time, in this world. Visions and works capable of taking people out of their comfort zones, which summons the imagination, explores unfamiliar terrain, sometimes at the risk of losing certainties. Visions and works that favour diversity and nuance, openness and curiosity for what appears to be foreign and unknown.

By introducing new international names to the Viennese scene and to Europe in general, and by welcoming projects that instead of stereotyped representation make the image of cultural identities more diverse, the Wiener Festwochen intend to embrace complexity. It is an international festival that presents work from artists coming from different contexts and areas of the world. Far from being driven by a desire of exoticism, this choice responds to growing globalisation. In a present in which we are daily confronted with discourses about different areas of the world, international festivals can give the possibility of a direct encounter with the singularity of an artistic vision, undoing simplifications of a single narrative.

The University of Rave: What can we learn from the party?

The University of Rave: What can we learn from the party?

An expirience that belongs to nobody

Women who kill and other categories

With Didier Eribon and Chantal Mouffe. Hosted by Florian Malzacher

Gesellschaftsspiele: The Art of Assembly VII. as part of Wiener Festwochen