brut all over Vienna and a new home for brut

90 different locations in 19 districts of Vienna - this is the city record and the preliminary interim balance from brut. The nomadic existence will soon come to an end: brut is getting its own house, the old central bank branch St. Marx! From 2023, a large stage room, rehearsal rooms, offices, technical ancillary rooms, open spaces and a restaurant will be combined here on 1,800 square meters. And in the meantime, things have also been taken care of: from March 2021, brut will move into a 1,800 square meter hall in Nordwestbahnstrasse 8-10 as the temporary main venue. Until then, it's all over Vienna again in autumn and winter 2020/21: until February 2021, brut invites you to an artistic exploration tour through a total of 14 different venues in eight Vienna districts.
Let's talk about brut 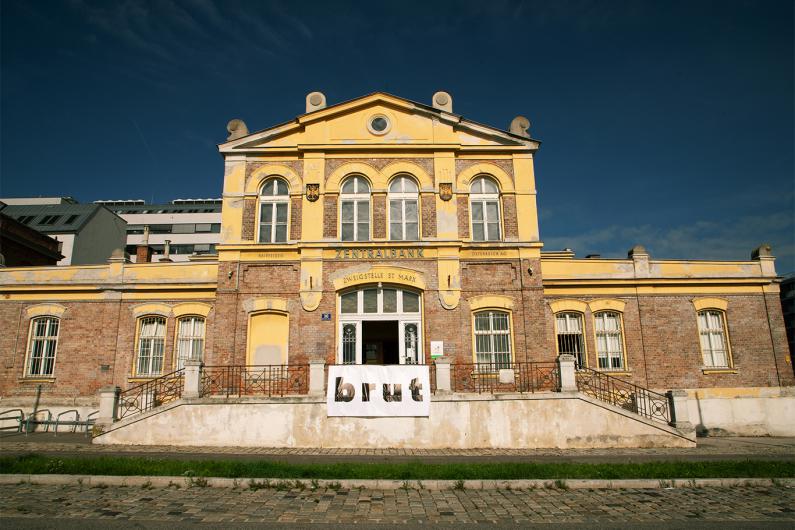 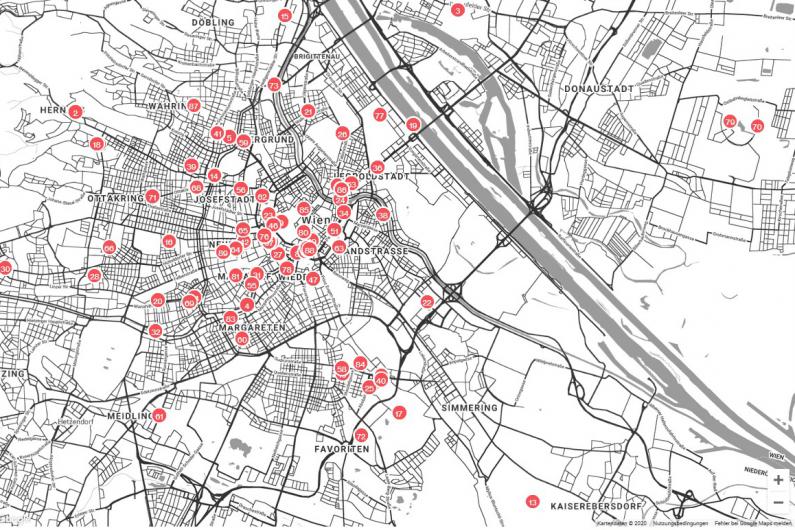 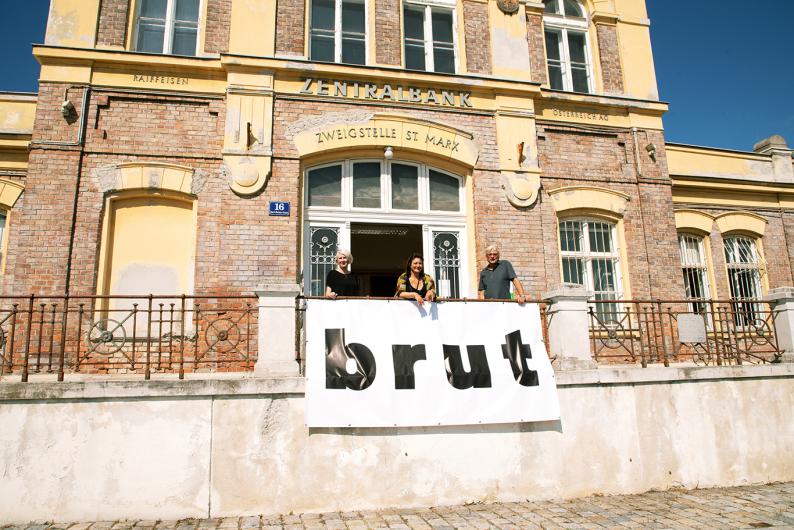 “After 90 different venues in recent years, we are really delighted to be able to move into our own house again. On the one hand, the Zentralbank branch St. Marx offers enough space for the free performance, dance and theater scene; on the other hand, the venue is located in an urban and lively developing district. The building is owned by the City of Vienna and thus eludes any capitalist interest in exploiting it - brut finally has its own house and will be able to keep it."

“The house offers ideal conditions for brut and the artistic projects. With 1,800 square meters and a stand-alone building, brut has more space than before. A large stage room, rehearsal rooms, technical ancillary rooms, offices, open spaces and a restaurant can be combined under one roof. "

About the location in the central bank branch St. Marx

The building, formerly a branch of the Central Bank in St. Marx and currently still used by Municipal Department 10, is owned by the City of Vienna and is being converted by the city into a permanent brut venue for seven million euros. The planning phase is scheduled for 2021, according to the current status, completion is planned by mid-2023.

In the Neu Marx district, brut will move into the centre of a lively, developing district which offers plenty of free space for art and in which new perspectives and collaborations can develop. In the immediate vicinity are i. a. the future.lab and mobile city laboratory of the faculty for architecture and spatial planning of the TU, the Vienna Contemporary art fair, the Marx-Halle with i. a. the Globe Vienna, the Vienna Film Commission, the Media Quarter Marx with i. a. Wiener Zeitung, echo Medienhaus and various television stations, the campus of the Vienna Biocenter and start-up offices of the business agency and creative industries.

brut all over Vienna - Chronicle 90 venues in six years

A quick look back and at the time until brut moves to the permanent main venue: "All over Vienna" was and still is the motto that brut has pursued, especially since the involuntary move out of the main venue in the Künstlerhaus (2017/18 season ) counteracts the associated problems of space. In the past few years, brut has used a wide variety of locations - sometimes only once, but sometimes also as a temporary home base for several weeks. This was made possible, to name just a few, by rooms such as Brotfabrik, Odeon, Casino Baumgarten, Volkskundemuseum Wien, Nordbahnhalle, WKO building, the Natural History Museum, Atelier Augarten, Radiokulturhaus or the Generali-Arena - but also special locations such as the St. Peter monastery tavern, Jörgerbad, Asperner See, Stadtpark, the greenhouse in Nordmanngasse, the laundromat in Matteottihof, Karl-Marx-Hof, the observatory, the dog center in Vienna and many more. Our sincere thanks go to all cooperation partners * who have always received us with great hospitality and who will continue to receive us this season, as well as all artists * for the willingness and curiosity to implement their projects in new places.

The preliminary documentation and overview of all locations used by brut, the projects carried out there and the responsible artists is now listed on an interactive map at https://all-over-vienna.brut-wien.at.